Rick has consistently been a top producer, managing a highly motivated team and servicing one of the largest financial planning organization to the military. In 2016, Rick was ranked #21 on the National Mortgage Top Producers and has made the Top 100 Loan Originators in the Scotsman Guide’s rankings year after year. He is a sought-after industry speaker and had the privilege of sharing the stage at The Mortgage Mastermind conferences in New Jersey and Las Vegas.
Find me on:

25 Years in Mortgage has taught me lots

Having been in the mortgage business for over 25 years has taught me quite a bit.  First, I've learned that long-term exposure to mortgages is not good for hair growth. Secondly, working with your wife sometimes makes date-night more business than pleasure (not too bad I assure you!).  And lastly, every decision in life now must be done on a spreadsheet!

END_OF_DOCUMENT_TOKEN_TO_BE_REPLACED

Please note that what I am about to suggest requires the involvement of a Realtor.  The following is a unique listing and selling strategy for today's home seller facilitated by one of the largest lenders in the country.

END_OF_DOCUMENT_TOKEN_TO_BE_REPLACED

All the media is buzzing about the housing market. They are saying that the timeline for home buyers and sellers are being pushed up. I think the headline was "Could January be the New April for Home Shopping?"  Personally, I agree. The lack of inventory of 2019 is pushing all the home shoppers from 2019 into early 2020.

END_OF_DOCUMENT_TOKEN_TO_BE_REPLACED

In June of 2019, President Donald Trump signed a bill into law allowing the VA to guarantee loans that exceed the county loan limits.  Borrowing over the county limit has always been a thing, but there currently exists a formula calculating the maximum you can borrow.  With the new law, this will CHANGE!

END_OF_DOCUMENT_TOKEN_TO_BE_REPLACED

I’m on a plane. I’m sitting next to Jim the restructure guy. That’s all I know about him after trying to start up conversation. I normally keep to myself but thought I overheard the word "securitization" before he hung up on the conference call he was taking on the plane. He briefly told me that he “restructures businesses” and promptly went back to the 300-page paper manifesto he was reading. Paper, sheesh. But it got me thinking… I’m trying right now to restructure. Patch up, rebuild, improve, whatever you want to call it, I AM in restructure! I think all our businesses should be in a constant state of restructure. Constantly improvising, improving, innovating… growing better day by day.

END_OF_DOCUMENT_TOKEN_TO_BE_REPLACED

Why the Fed Cut may not improve mortgage rates

One of the most widely misunderstood dynamics of my business is the belief that a Fed rate cut immediately lowers mortgage rates.  Well, I hate to break it to you, but the Fed doesn't touch mortgage rates; however they make monetary policy changes that shake our world and yes... interest rates.  So allow me to support my "click-bait" headline with some comments and fact.

The main fact is that the Fed doesn't directly touch mortgage rates.  The Fed sets a target for the "fed funds rate" after reviewing mountains of current economic data. The rate that they tweak is the interest rate banks charge each other for overnight loans. Those loans are called fed funds, which lowers the as the Fed lowers interest rates.  This change, albeit small or great, has great impact on the markets.  But the way it moves mortgage rates is quite the conundrum.  I'll explain...

END_OF_DOCUMENT_TOKEN_TO_BE_REPLACED

Explaining July 4th to your kids

The freedoms we have in this country are unmatched in any other country.  I found this really good video which I plan to share with my kids today.  I even got something from the simplicity of explanation.  Although I feel our country has gotten away from many of the values established by our founding fathers, it is still a wonderful God given gift to live here in the United States of America.  I appreciate every day the freedoms we enjoy.  Enjoy the video... and share the simple story with a young one today!

END_OF_DOCUMENT_TOKEN_TO_BE_REPLACED

I'm not the only one who is thankful

Today is the 75th anniversary of D-Day, Operation Overlord, the day during World War II on which the Allies (American, British & Canadian) invaded France.  It's hard for me to wrap my mind around the scope and the risk of that day.  One thing I know... I'm so thankful and I'm not the only one.

4,414 Allied soldiers were killed and more than 9,000 wounded or missing. Since such a small percentage of World War II veterans are still alive, this could be the last time we can really honor any significant number of participants in the invasion.

I was going to write what this day means to me and perhaps I could do this day some justice, but I thought it best to showcase the thoughts and words of those that experienced this momentum day first hand.  Thanks to our friends at Inc. Magazine for the compiling of these great quotes.

1. "We'll start the war from right here."
--Brigadier General Theodore Roosevelt Jr., son of the former president, who landed with his troops in the wrong place on Utah Beach

2. "If any blame or fault attaches to the attempt, it is mine alone."
--General Dwight Eisenhower, future president, in a draft or remarks he'd made in case the invasion was a failure.

3. "Hitler made only one big mistake when he built his Atlantic Wall. He forgot to put a roof on it."
--World War II U.S. paratrooper aphorism

5. "So much of the progress that would define the 20th century, on both sides of the Atlantic, came down to the battle for a slice of beach only six miles long and two miles wide."
--President Barak Obama, 10 years ago, in Normandy to mark the 65th anniversary of D-Day.

6. "The waiting for history to be made was the most difficult. I spent much time in prayer. Being cooped up made it worse. Like everyone else, I was seasick and the stench of vomit permeated our craft."
--Private Clair Galdonik

8. I don't feel that I'm any kind of hero. To me, the work had to be done. I was asked to do it. So I did. When I lecture kids I tell them the same thing."
--Private First Class Joe Lesniewski

9. "You get your ass on the beach. I'll be there waiting for you and I'll tell you what to do. There ain't anything in this plan that is going to go right."
--Colonel Paul R. Goode, in a pre-attack briefing to the 175th Infantry Regiment, 29th Infantry Division

10. "At the core, the American citizen soldiers knew the difference between right and wrong, and they didn't want to live in a world in which wrong prevailed. So they fought, and won, and we all of us, living and yet to be born, must be forever profoundly grateful."
--Author Stephen Ambrose

11. "Today, when people thank me for my service, I figure three years of my time is a cheap price to pay for this country. Nobody owes me a thing."
--Lieutenant Buck Compton

12. "The first time I saw a poster wanting men to sign up to be paratroopers and heard how hard it would be to make it in, I knew that was for me. I wanted an elite group of soldiers around me."
--Staff Sergeant Frank Soboleski 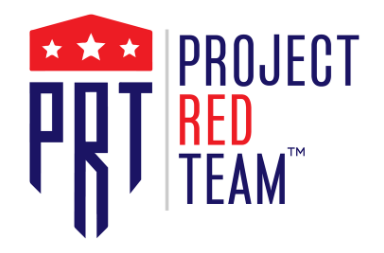 13. "There is one great thing that you men will all be able to say after this war is over and you are home once again. ... When you are sitting by the fireplace with your grandson on your knee and he asks you what you did in the great World War II ... you can look him straight in the eye and say, 'Son, your Granddaddy rode with the Great Third Army and a son-of-a-goddamned-bitch named Georgie Patton!' "
--General George S. Patton

14. "I'm very disappointed, and I hate leaving the world feeling this way."
--Private Jack Port, now 97, on the state of the world currently

15. "It was a different world then. It was a world that requires young men like myself to be prepared to die for a civilization that was worth living in."
--Harry Read, British D-Day veteran who jumped again this week with the British Parachute Regiment's freefall display team.

16. "I cherish the memories of a question my grandson asked me the other day when he said, 'Grandpa, were you a hero in the war?' Grandpa said 'No, but I served in a company of heroes.'"
--Major Richard Winters

17. "All I could see was water, miles and miles of water. But this was D-Day and nobody went back to England and a lot of infantry riding in open barges seasick to the low-tide beaches were depending on us to draw the Germans off the causeways and gun batteries, and so, as Porter hurled himself against me, I grabbed both sides of the door and threw myself at the water."
--Private David Kenyon Webster, who became a writer after the war

To anyone that serves, served or knew someone that did... Thank You.  The past and current sacrifices are why we enjoy the freedoms we have today.

END_OF_DOCUMENT_TOKEN_TO_BE_REPLACED

So many things come to mind as I remember the great sacrifice of the men and women of our country.  I've had the honor to serve those who serve for the past 25 years in the field of mortgage finance.  Many that I knew have paid the ultimate cost so that we can live free in this country.  So, to all those who serve and have served... thank you.

END_OF_DOCUMENT_TOKEN_TO_BE_REPLACED

The Headline was pretty somber

China is raising tariffs on $60 billion of US goods starting June 1.  The markets are selling off.  As of 9:27am, the futures are down over 500 and the stock markets are set to slide again for the second week in a row.

END_OF_DOCUMENT_TOKEN_TO_BE_REPLACED 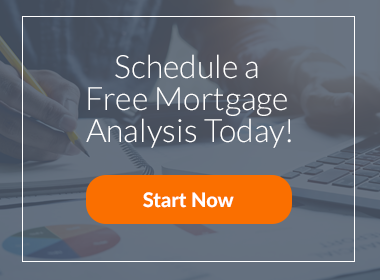